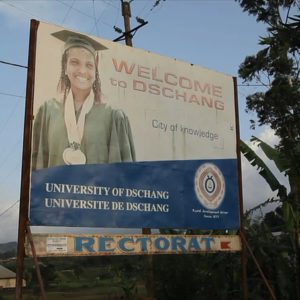 Dschang is a town situated in the west region of Cameroon, with and approximate population of n150.00 inhabitants

During the colonial period, it was the seat of government occupants: Germans, British and finally France

The town is found at 1400mt. of altitude, does a relatively fraiche climate and as such it is good site for holiday as appreciated by foreigners.

On the 1st of January 1960, Cameroon became an independent state, and the regional administrations were displaced to the town of Baffousam, thus depleting in consequence the economy of Dschang.

Since 1993 it is the seat on pone of the important universities, which during the school year 2014/2015, opened its doors to about 35,000 students from Cameroon and abroad.

The establishment on the Anglo-Saxon model, provides rooms for school activities but also dormitories and sport complexes. 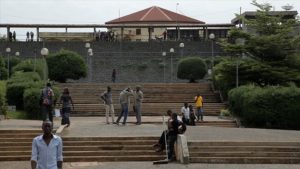 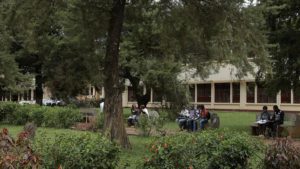 Scientific studies were favored in the awarding of the first scholarships, with a view of offering to diplomas a job in the software company.

During the visit of members of the association in this area, it seemed obvious that the lack of doctors and competent staff for the recovery of potentially fertile soil, led to the reallocation of the scholarship in these specific fields.